A Mall and a Movie: Sherman Oaks Galleria / Fast Times At Ridgemont High (1982)

Welcome to a mall and a movie, with me, flannelkimono!

When I wasn't hanging out at the mall, I was definitely at home, watching movies. My family always prioritized having cable over everything, so we always had cable with HBO and Showtime. Ridiculous, right? But I'm thankful for that digital babysitter. Now I'm a wealth of ridiculous pop culture nuggets!

Like many of the movies of this time, the mall acted as a central character; it was where all of the stories and the people came together. It could absolutely be argued that this movie is the one that planted the idea in my head that the mall was the center of my universe as a teenager.

In Fast Times, the girls worked at Perry's Pizza, with all of its wood paneling and those benches! You could eat a slice, and talk about your boy problems, all while looking out on the mall traffic. Gorgeous. 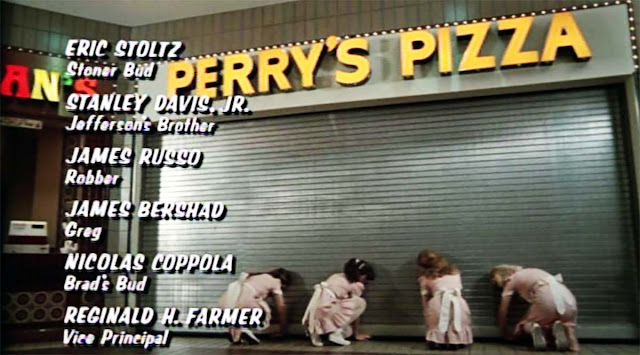 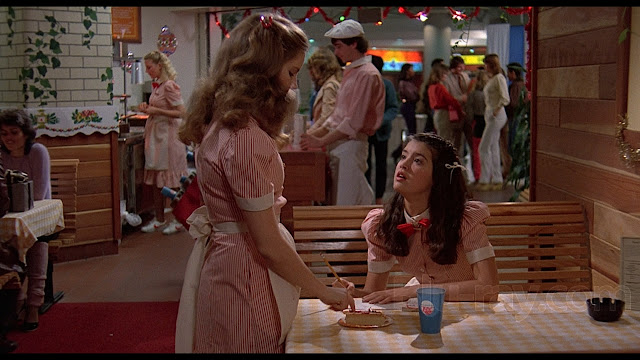 Mark worked at the equally dreamy and earthy toned movie theater, where he and his slacker/ticket scalper friend Damone could keep an eye on all of the hot girls at the mall, as that is what every guy in every 80's teen movie has ever done, ever. 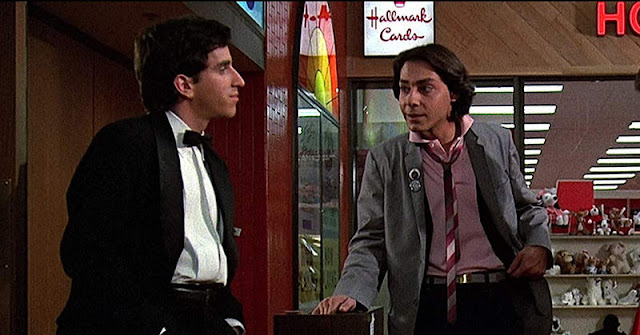 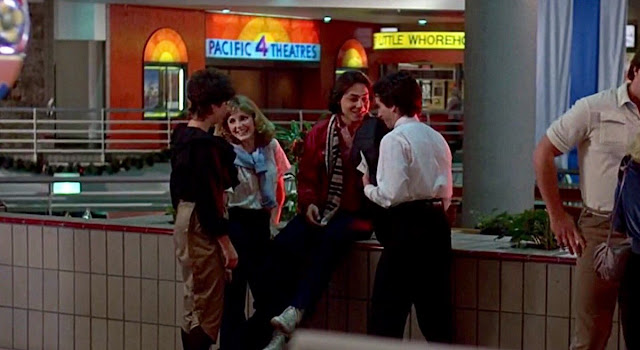 WHAT MALL IS THE STAR OF THE MOVIE?

Sherman Oaks Galleria doubled as Ridgemont Mall. This mall is absolutely iconic as far as malls used in movies go. You'll be hearing about this mall again in future A Mall and a Movie. 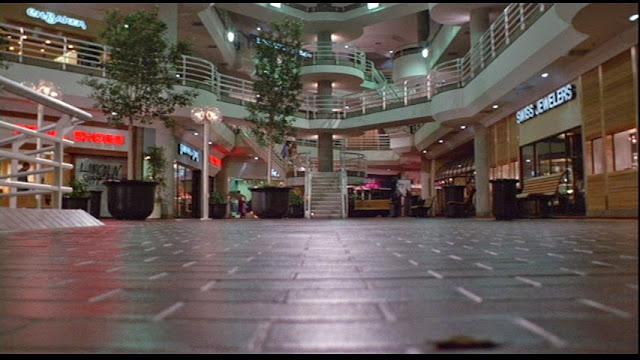 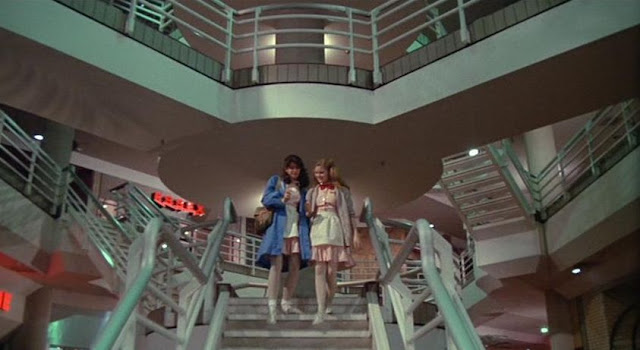 The three level mall opened in 1980 with two anchor stores (Robinson's and May Company). The Pacific 4 Theatre was on the top level of the mall. The mall was in a bunch of movies and became the epicenter of teen mall culture, and was a popular hangout for local teens.

IS THE MALL STILL THERE?

This article gives a great overview of the death of the Galleria. The mall began to decline in the early nineties, including being closed for 11 days following the Northridge Earthquake in 1994. The mall was closed in 1999 for major renovations, and opened again in 2002 as an "open air, mixed use center" (blah). So, the mall still exists, but it doesn't look anything like it did when the movie was filmed.

IS THIS MOVIE ANY GOOD?

I am a huge fan of Cameron Crowe's work. He's made a few movies that were big cultural touchstones in my own life: Fast Times, Singles, and Almost Famous. While I think a few scenes in this movie are absolutely cringe-inducing to watch, you do get that Phoebe Cates in a hot red bikini, and they do play "Somebody's Baby" by Jackson Browne more than once, and that song rules.