Swatch watches were all the rage in the late eighties. And it felt like they came out of nowhere, too. It's like one day, you're reading a pile of magazines, and in every one of them- from Sassy to Thrasher-there was an ad for Swatch.

Swatch watches were fairly cheap, usually around $30-$35. They were colorful plastic, you could switch the bands, and they were waterproof. They provided a nice alternative to the standard Timex watches all the nerds would wear. They caused Beanie Baby-levels of hysteria in some markets.

It was no surprise that these tough little watches crossed over perfectly into skate culture, where bold prints and individuality were celebrated. Around 1987, Swatch started to sponsor skateboarders, who they would then send out on skate demos at malls around the United States. One of their featured skaters was Rodney Mullen, who is now known (and rightfully so) as the godfather of street skateboarding. You can't discuss skateboarding without mentioning Rodney Mullen.

I was deep into skate culture, reading Thrasher and Transworld and whatever other skate rags I could find. I was far too clumsy to ever skate myself, but I absolutely loved looking at the photos of skaters caught mid-trick; suspended in time at the perfect moment. . 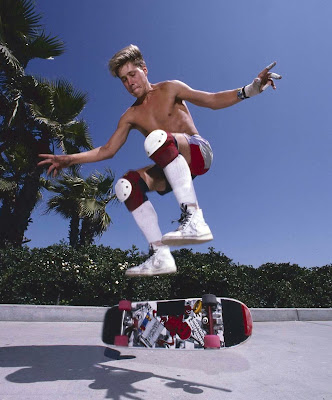 By 1989, I was in full skate rat mode. I had a group of friends who I would trade skate shirts back and forth with. A big bonus was I was one of the only girls, so I wore a lot of cute boy's favorite Bones Brigade tee shirts. Apparently, the Rodney Mullen tour had hit one of our local malls (Summit Mall, Chapel Hill Mall, and Mellett Mall- now the deceased Canton Centre Mall), but I don't recall going to any of those. Here are some ads from other demos, from the Akron Beacon Journal: 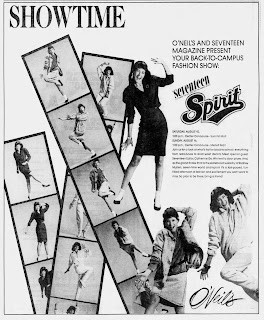 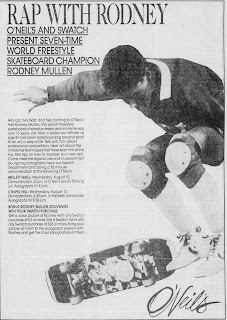 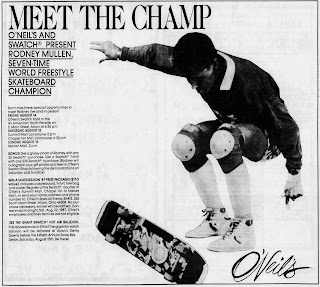 Our grandparents had recently bought an RV. There were six of us grandkids, and my grandpa liked to have cold beers nearby, so he frequently drove the RV to haul all of us and have chilled road sodas. We set out for Great Northern Mall, to watch Rodney Mullen do a demo outside of the May Company (currently Macy's). If you spent $35, you got a free tshirt, and you got to meet Rodney.

The skate demos used to take place inside of stores, as well as outside in the parking lot. In case you're wondering what a skate demo inside of a mall in the eighties might look like, look no further than this video (also enjoy all of the old signage and neon!)

I honestly don't remember anything about this day, but I do have photos from it. You'll even get to see a very young flannelkimono in a Bones Brigade shirt that I still own. It's paper thin and feels like an ancient relic. I also still have the shirt that was free with purchase. I wish Blogger was less clunky with how the photos are displayed. I also wish I had clear photos of the May Company sign, but I don't think young me was as fixated on the signage back then. 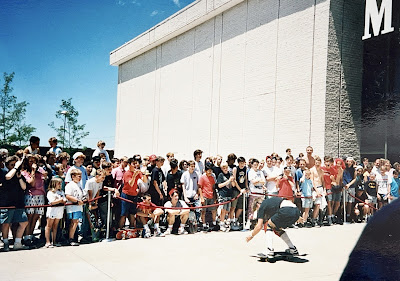 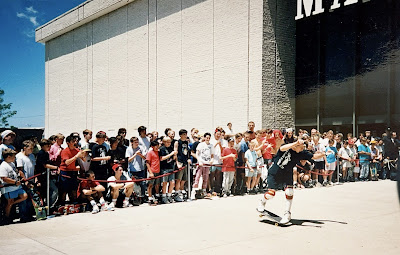 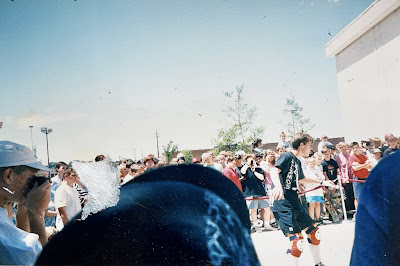